In 1921 Huber Funeral Home was formed when Ivo J. Huber, with the help of his father Henry Huber, began his career as a licensed embalmer and funeral director in Perry County, Indiana. Huber and Son started offering services to the residents of this area. In 1922 Ivo opened the first exclusive funeral home in Perry County in a small building on Washington Street in Cannelton. It was in 1929 that the business was moved to the new and present location on Sixth Street in Cannelton. Ivo and his wife, Ruth (Begert) Huber owned and operated the business for over fifty years. In 1967 Ivo's nephew, Tom Huber, served his apprenticeship with his uncle and became the third generation to work in the funeral business. In 1972 Tom, along with his wife, the former Jane Peter of Tell City, purchased the business upon Ivo's retirement. In 1976, due to the retirement of Cannelton funeral director, Glenn Gentry, the Hubers bought that business, located at 5th and Adams Street and later sold the building to the Perry County Council on Aging for a senior center. 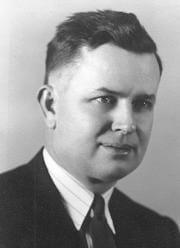 In 1985 the Hubers felt the need to expand as to better serve the people of this area. They bought the recently closed Barnhart Furniture Store for its convenient location and abundant space. Remodeling began immediately and the new location at 1139 12th Street in Tell City was dedicated in May, 1986. They continue to serve the area families at both the Cannelton and Tell City locations.

In February 1989, when their oldest daughter, Julie, graduated from Mid-America College of Funeral Service, the fourth generation of the Huber family entered the funeral profession. Now Julie Bishop, she is involved in all aspects of the business.

In 1996 Huber Funeral Home was selected as Business of the Year by the Tell City Schweizer Fest Committee and the Perry County Chamber of Commerce.

The Hubers strive to keep their facilities pleasing and attractive so the area families can feel welcome and comfortable when in need of funeral services.